I would like to introduce you all to Ochre our new puppy! Here she is in uncharacteristic sleeping pose.... She is named Ochre after the colour. In painting terms I think she is a healthy mix of red and yellow ochre, maybe a tinge of sienna in there too. I got the name from the pencil I have made this drawing with, which is one of Debbie's pencils from when she was a human puppy.
Named after a pencil, I don't think there is a better honour. 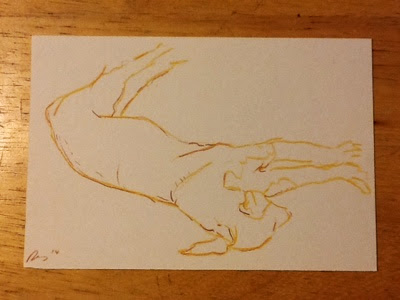 This blog is the record of my attempt to paint every day.


Click here to see the BBC Points West Interview from day #069 of year one.